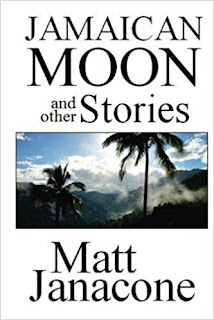 You’ve heard of great symphonies orchestrated so that you can feel the emotion, almost see what the composer was seeing. With this collection of three novellas of suspense and romance in hand you will now have the opportunity to visit a symphony of words.

The writer is a young man brim full of thoughts and stories. His writing, as bright as the stars he captivates us with, carries you away to unknown vistas. Much of his story line incorporates his own experience, and he learned at a very young age to write about what he knows and loves.

Matt Janacone is a part and parcel of everything he writes. He has many talents and could have gone several different directions with his career. As he shares his imagination with us, you will learn of his surprise at the discovery of his gift. Yes, writing is a gift. Matt believes this and thrives on the multitude of ideas and story lines that fill his mind.

We discover in Jamaican Moon the story of struggle, independence, worldly battles, love and recognition—all brought to you in a language in which you will relate. You will travel to unknown places, and enjoy the differences in culture. The magic of the Caribbean reaches out to with the everyday life of the inhabitants.

In Bad Blood, we are taken to the heights of first love, stargazing, diversity, and caring. When Joel, the main character, finds the joy of writing, you will be reminded of life’s harsh reality when choosing a career, the questioning and guilt when there are others involved in your choices, but the joy of understanding and giving love will remind you of happiness gained through sharing.

You will see in Condo Joe a great feeling for the South and the author’s zest to experience all there is available in life as well as in the imagination. Just imagine monkeys, mermaid, and ninjas—all in one breath—then try to put it all together. The author does this in a within-life fairy tale. I would like to think of it as the magic of the sea. 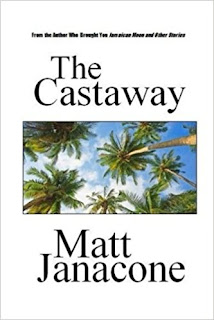 Jane Bombay, who is raised by parents who are biologists, her mother, now a homemaker, and her father, a worldly renowned biologist, is introduced as a little girl who has a knack for numbers, which evolves into a passion for physics.

But this passion for physics is soon overshadowed once puberty cuts in and takes its toll, and things for Jane seem to go from bad to worse—not only does everyone—except for her parents—not seem to notice the mathematical prodigy in Jane, but now all they seem to notice “on” her is the perfectly proportioned figure and face of a supermodel. Her year book picture says it all—“Jane Bombay, Most Likely to Succeed as a Supermodel”.

Jane cannot even count on Russell, the boy on the farm next door who she thought was a friend since childhood but now the enemy, only interested in her looks—after she flees the prom from Russell and finds him leering through her bedroom window as she stands naked in front of the mirror, wondering why God had to make her so beautiful.

Jane only wishes she had a chance to prove to the world that she is much more than just looks.

After Jane escapes a burning barn, an act of arson by who they think was Russell, she wants nothing to do with boys or men but only to get as far away from them as she can, and she gets the chance when her father asks her to spend the summer on the sea with him.

But one night, after tying their boat to the dock, Jane and her father find themselves caught in a terrible storm at sea, and Jane, who is ordered by her father to stay in her cabin below, disobeys and is thrown overboard by the sea.

Jane survives as a castaway on what appears to be a deserted tropical island. Even though she misses her father and mother, she is alone at least, not to be bothered by another boy—that is until she learns that the island she is on is the hideout for pirates who have sabotaged her father at sea.

Now, Jane knows that she has the chance to prove to the world that she is more than just some supermodel after she rescues her father, but first, she must get off the island. 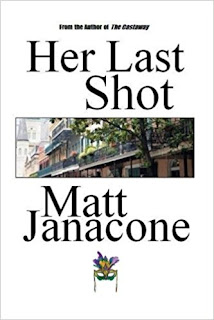 In this suspense novel, Botanist Elizabeth Bell returns to NYC from the Amazon with what she believes is the cure for AIDS. When she asks her husband, a pharmaceutical executive, to help her develop and market the medicine, not only is she shocked when he tells her months later the FDA rejected the medicine for its side effects, he demands a quick, no-hassle divorce.

Divorced, in Central Park, Elizabeth discovers an article in The Times. An image of the Virgin Mary is seen in the mist of Niagara Falls. Elizabeth travels to The Falls and meets photojournalist David Green. One night they make passionate love. The next morning Elizabeth awakes alone only to be confronted by the NYPD. She is being charged for the murder of David Green. David had a secret Elizabeth did not know. He had AIDS. They believe Elizabeth illegally administered the medicine to David which failed.

Despite being on death row, there is good news for Elizabeth—she contracted AIDS from David. To prove her innocence all she has to do is administer the medicine to herself—which the court approves as a lethal injection. There is one problem. Where will she get a dose of the medicine? Her ex-husband is her only hope, and his new wife just reported him missing on their honeymoon in New Orleans.

Writing Is Rewriting, The Deer Shed, My Young Adult Novel

Hi, folks! Writing is rewriting. I just completed the 4th draft of the YA novel The Deer Shed. One more pass through, and it should be ready...

Matt Janacone
In college nearly thirty years ago, Matt Janacone discovered writing, gladly trading in his scientific calculator for a manual typewriter and hasn't stopped writing since, writing everything from poetry to prose. He has an associate's degree in general studies from Butler County Community College and a diploma from the Institute of Children's Literature. When he is not writing, he enjoys woodworking and playing bocce. He lives in New Castle, PA.