Advantages of Outlining—Why Outlining Your Script is Essential

In that outline, I have to know my premise, or inciting incident, and how my screenplay ends. I’m not sure if you have to know your ending before you begin your screenplay, but I do. It certainly doesn’t hurt.

I also divide my outlines, or screenplays, into three parts, or acts.

Now, I’m not saying that my outlines are strong, secure or even complete because they aren’t, because even after the first outline, it almost always changes.

My outlines don’t change in a big way. They story doesn’t change, not really, but the flaws it has don’t show up until I started writing the screenplay. These flaws aren’t a bad thing; fixing these flaws will make your screenplay better. It’s time to kill your darlings. It’s not always about what you want for your story. It’s about what works for your story.

The outline and actual screenplay play off each other. One corrects the other. One sets the other one straight, or keeps it on course.

Outlines help. Outlines save screenwriters, and novelists, a lot of time.

Outlines help because unlike novelists, screenwriters need to know where their screenplays are going before they begin them, well, in theory, anyway. Novels don’t.

But, I will say this: Screenplays probably make terrific outlines for novels.

I keep my outlines to a single page. I think it may have something to do with writing query letters, which I have written plenty of as a novelists; query letters should be now more than a single page, if all possible.

As I have written earlier, I divide my outlines into three parts, or Acts I, II, and III. And I actually separate them into these acts with Roman numerals.

My outlines, although they are trimmed to a single page, are not well balanced, and I don’t really know where the acts are until I read the outline. I need to read the outline with a bird’s-eye view. After I do, I can see or sense where one act begins and one the other ends. I do it by running lines through the outline as if dividing a sentence into two paragraphs.

I do know my beginnings, Act I; and I do know my endings, Act III; what I don’t always know my Act II’s. It’s like the terrible twos of screenwriting.

I do, however, try to create at least three obstacles for the hero in Act II. Why? I really don’t know. Three just seems like a good number. A lot of things come in threes: three strike and three steps, easy as one, two, three, etc.

Act II almost always gives me the most challenges, the most problems, but the last obstacle must link seamlessly to Act III.

I will say this: Each story is different. Each one seems to present its own set of problems and challenges, so I am always learning. No matter how much I think I’ve mastered the craft of the screenwriting process, there is always something know I have to learn. It’s humbling. There is always a rule that needs to be broken to make them screenplay work. I have to make an executive decision. I almost never give up on a screenplay. That’s where your creativity comes into play. 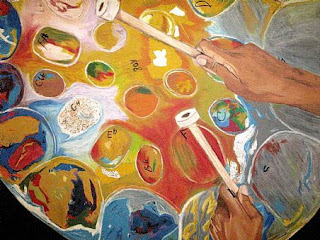